Fellow: Carmine Gnolo
Changes in cortical representations due to the learning of new object information

Objectives: Using population receptive field and connective field tools to quantify changes in the spatial pattern of activity and in connections at the columnar level as a result of learning of new object information in the ventral cortical areas. 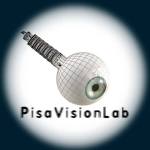 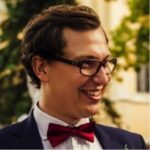 Neuroplasticity is an intrinsic property of the nervous system that is maximal early in life, within the critical period [1-3]. Very little is known about residual experience-dependent plasticity in the adult primary visual cortex, and even less about the underlying neural mechanisms. Psychophysical evidence from our lab has demonstrated that the adult human visual cortex retains a degree of experience dependent plasticity higher than previously thought. In fact, in adult humans short-term monocular deprivation strongly modifies ocular balance, unexpectedly boosting the deprived eye, reflecting homeostatic plasticity [4, 5]. We have recently demonstrated that this form of deprivation-induced homeostatic plasticity is triggered by a decrease of GABAergic inhibition [6], as baseline GABA concentration (measured by means of Magnetic Resonance Spectroscopy at 7 Tesla) decreased in the primary visual cortex of adult humans after 150 minutes of monocular deprivation, indicating that monocular deprivation increases visual cortical excitability. Baseline GABA concentrations MRS have been found to be negatively correlated with BOLD reactivity and magnitude [7, 8], indicating that GABA concentration in visual cortex is related to the functional responsiveness to visual stimulation. We therefore expect to observe a change in BOLD signal amplitude following short-term monocular deprivation.

This project aims to evaluate the dependence of large-scale plasticity at the time at which brain damage is sustained. Preliminary work performed by our team has shown that massive reorganization is present when lesions occur congenitally, but not when acquired in childhood or later life (Tinelli et al, Cortex 2012). The reorganization is important to restore limited functional vision, despite profound damage, like lesion of the optical radiations.

We are seeking a PhD student interested in studying brain reorganization of the visual pathways and cortical coding. We plan to use BOLD population receptive field and connective field analysis on patients with unilateral or bilateral lesions of the primary visual cortex sustained at different ages (during the perinatal period or at term age or throughout the first years of life) to quantify the extent of brain plasticity and how this relates to their perception.

Optic neuritis is a monocular demyelinating disease of the optic nerve causing acute visual loss, and is frequently the presenting symptom of multiple sclerosis. Weeks following the acute attack, the amplitudes of the input transmission via the affected eye resolve, but conduction latencies via this side are often kept substantially prolonged. This prolongation may persist for years following the attack causing inter-eye temporal mismatch in input arrival to the cortex.

We had previously suggested a new type of cortical reorganization in recovered optic neuritis patients, to compensate for this unilateral peripheral delay. This adaptation within the temporal domain enables inter-eye synchronization, and facilitates binocular functions, such as stereopsis perception. The aim of the proposed study is to investigate the mechanisms of the hypothesized reorganization, suggested to occur at the cortical level. We will assess binocular connective fields and population receptive fields using fMRI, aiming to locate the cortical substrate of binocular integration. We will also quantify neural integration compensating for the temporal mismatch.

Expected Results: Changes in contrast gain control in PD (as measured by electromagnetic source imaging) similar to those seen in animal models leading to a reliable, cross-species biomarker for the presence of PD.

This project aims at uncovering the mechanisms of cortical wiring in the face of abnormal visual development. Usually, eye-brain connections are highly stereotypical. However, albinism radically alters the spatial connection patterns due to a malformed optic chiasm, which makes it a powerful model to study plasticity in the human visual system. Astonishingly, although the representations of the left and right side of the world are completely intermixed in the primary visual cortex in albinism, the patients see equally well in both hemifields. High-resolution fMRI at 7 Tesla magnetic field strength will be used to quantify how the altered connections affect cortical structure and function.

The project will be carried out at the Visual Processing Laboratory of the Ophthalmic Department at the Otto-von-Guericke University in Magdeburg in collaboration with the University of Utrecht and the company BrainInnovation. The successful candidate will receive expert training in the investigation of the human visual system and will acquire experience with high resolution advanced fMRI/MRI acquisition at 7 Tesla, basic and advanced fMRI analysis techniques and patients studies.

Quantifying changes in cortical connectivity and directionality of information flow

The project aims at the detailed analysis of the fine-structure of the human visual cortex. We are specifically interested in the functional specialization, interaction, and plasticity of areas of the visual cortex in controls and patients with visual impairment. For this purpose we use high-resolution functional magnetic resonance imaging at 7 Tesla magnetic field strength to investigate cortical sub-compartments. The successful candidate will be joining a team of investigators at the University of Magdeburg and will be supervised by Professor Michael B. Hoffmann.

The program offers outstanding excellent students a unique opportunity to be trained as visual neuroscientists using cutting edge approaches within a multidisciplinary international network. It includes, in addition to generous economic support, participation in regular multicenter meetings and student exchange. Successful candidates will be highly motivated, with a keen interest in neuroscience, and ideally have an MSc in vision science, neuroimaging, neuroscience, experimental psychology, biology, physiology, medicine or related area at the time of taking up the appointment. Sound programming skills (preferably in MatLab) and experience with quantitative neuroscience are essential requirements.

The project will be carried out at the Visual Processing Laboratory of the Ophthalmic Department at the Otto-von-Guericke University in Magdeburg in collaboration with the University of Utrecht and the Pattern Recognition Company. The successful candidate will receive expert training in the investigation of the human visual system and will acquire experience with high resolution advanced fMRI/MRI acquisition at 7 Tesla, basic and advanced fMRI analysis techniques and patient investigations.

The research focus of PRC in the NextGenVis project is on biologically-inspired machine-vision systems and the objective is to improve the pattern-recognition performance of technologies such as deep networks based on state-of-the art expertise in the neurosciences. We will simulate the adaptability and plasticity principles derived from models and data obtained in human observers and extend existing V1 models it to include more complex V2/3/4-like receptive fields. Objective: Test patients with congenital and age-related loss of macular vision and quantify how these different retinal deficits interact with cortical plastic mechanisms and how behavioral benefits correlate with measured cortical signals. In the case of congenital rod monochromacy, we will quantify cortical plasticity after gene therapy to restore some foveal vision.

Objectives: PD is a heterogeneous disease affecting retinal as well as cortical processing but some retinal circuits are compromised more than others. We will examine population receptive fields and connective fields in PD using circuit-selective mapping stimuli and relate them to behavior and disease severity.

Expected Results: Quantification of changes in the spatial tuning and sensitivity of population receptive fields in PD patients. We expect these to be more severe in a well-defined subset of the chromatic pathways.

Understanding vision centres on understanding how our brain constructs an intelligible and stable world out of noisy and continuously changing information in our natural visual environment. Visual cortex extracts and integrates local features from the visual scene to create a stable visual percept. In real life vision, this often requires the visual system to “fill-in” missing information. In other words, the brain has to predict what is most likely to happen in space (this similarly applies to predictions in time).

In this project, we will use brain scanning to study the neuronal mechanisms underlying the process of “filling-in”. Besides gaining insight in the foundations of vision, there is also an important medical reason for understanding these processes: in many eye diseases (e.g. glaucoma), the associated visual field defects often go unnoticed until very late in the disease, interfering with the early diagnosis and thus treatment of the disease. In this project, you will acquire and use skills to perform fMRI (including ultra-high field MRI (up to 9.4T) scanning), neurocomputational modeling, and learn how to perform ophthalmic evaluations. The project will be carried out at the Laboratory of Experimental Ophthalmology of the University Medical Center Groningen in collaboration with the University of York (UK) and the company BrainInnovation in Maastricht.

In crowding, recognition of an object is impaired when it is surrounded by other –similar– objects. Crowding fundamentally limits our ability to recognize the world around us. Its neurocomputational underpinnings, as well as its origin in the visual system is still strongly debated. In this project, we will use brain scanning in combination with novel stimuli and analysis methods to localize crowding in the visual cortex and to tie it to specific neuronal processes.

We will study how learning reduces crowding and how this affects the identified neuronal processes. Besides gaining insight in the foundations of vision, there is also an important medical reason for understanding crowding: in a number of ocular diseases (e.g. macular degeneration) and disorders (e.g. amblyopia) crowding is increased. Studying how learning can reduce it can therefore contribute to visual rehabilitation. In this project, you will acquire and use skills to perform fMRI (including ultra-high field MRI (up to 9.4T) scanning), neurocomputational modeling, and learn how to perform ophthalmic evaluations. The project will be carried out at the Laboratory of Experimental Ophthalmology of the University Medical Center Groningen in collaboration with the University of York (UK) and the company BrainInnovation in Maastricht. A successful project will be extended from 3 to 4 years.

Computer vision and visual neuroscience have benefitted tremendously from the introduction of Deep Learning techniques, specifically but not limited to Convolutional Neural Networks. We’re looking for a candidate interested in applying these and similar techniques to challenges in simulating saliency and other visual perceptual phenomena, broadening both the understanding of visual processes and its technological applications.

The UMCG is hiring!!